Bayern lost 1:2 at home to Borussia Mönchengladbach in Matchday 18 of the Bundesliga. The Bavarians took the lead through a Robert Lewandowski goal, but conceded two goals and were trailing at the break. Florian Neuhaus and Stefan Leiner were the goalscorers for Gladbach.

From the first whistle it was snowing heavily over Munich. Although the pitch was in perfect state despite the temperature, the playing conditions were difficult. 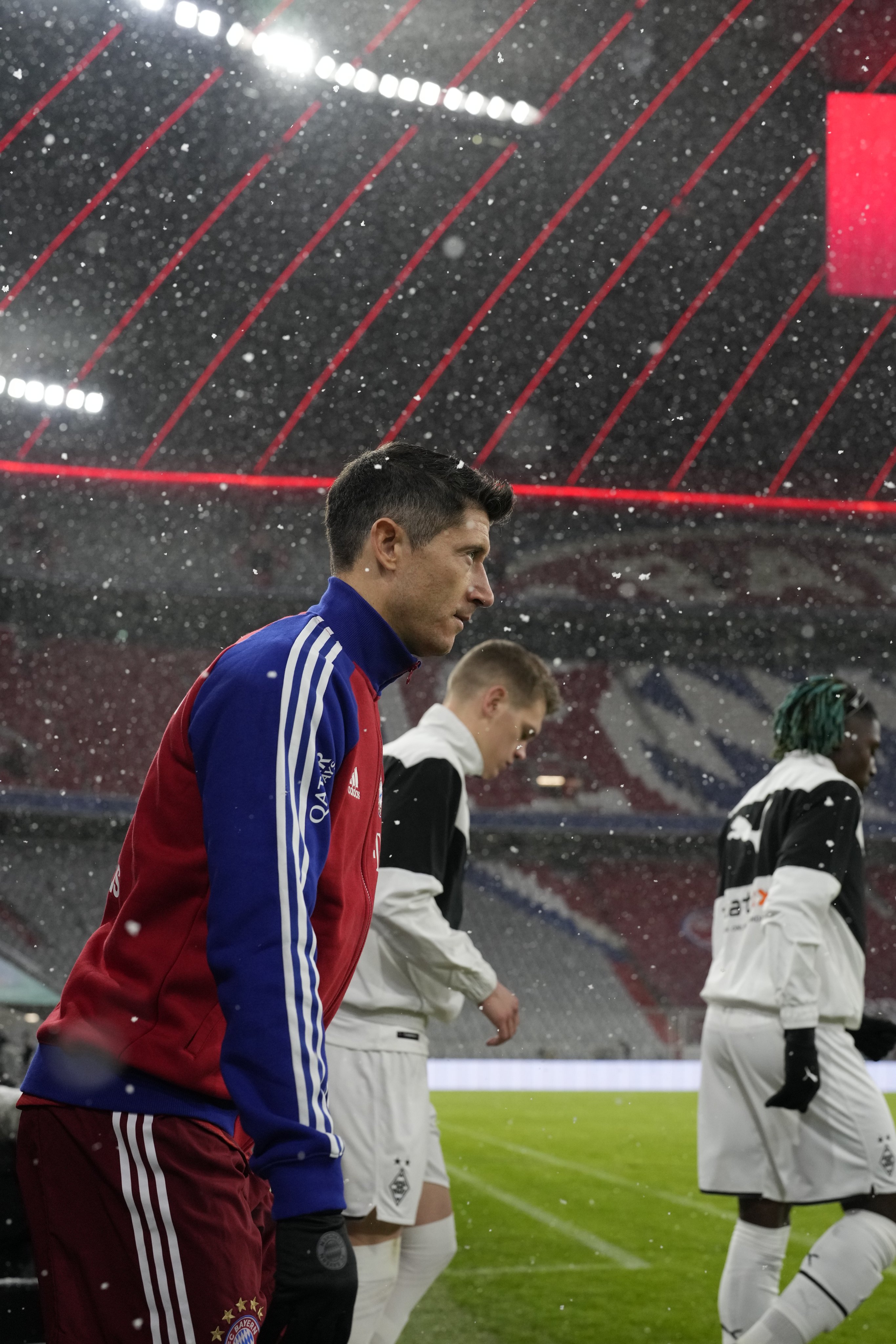 The match at the Allianz Arena was in doubt until the last minute, not because of the weather, but because of the large number of Bayern players infected with COVID. However, the DFB did not grant the hosts’ request for postponement.

Even after the defeat, Bayern Munich remain on top of the table with 43 points, 9 ahead of second-placed Borussia Dortmund, who have a game in hand. Borussia Mönchengladbach is 11th with 22 points.

Bayern’s pressure paid off in the 18th minute when the hosts took the lead. Serge Gnabry took the ball down for Thomas Muller, who found Lewandowski in the penalty area with one touch. The Pole turned and slotted the ball into the net with a powerful shot for 1-0.

However, the visitors managed to recover from the goal and quickly restored parity. In the 27th minute, Bayern’s defence failed to deal with a seemingly routine cross into the box. After a bit of a scramble, Florian Neuhaus got the ball into a clear position and scored past Sven Ulreich.

Mönchengladbach even managed to turn the game completely on its head. Just four minutes later, Stefan Lainer rose highest and headed a corner kick cross into the back of the net. 1-2.

In the 43rd minute Neuhaus got one-on-one with Ulreich, but his effort was saved by the keeper. This was followed by an important clearence from Pavard who denied Neuhaus again.

Seconds later, Breel Embolo tested Ulreich with a powerful shot from close range, but the keeper showed great reflexes to save the shot.

After the break, both teams had chances to score. Between the 56th and the 61st minute, Bayern missed 4 chances. Thomas Muller twice, Jamal Musiala and Robert Lewandowski couldn’t get the qualizer. Credit goes to Jan Sommer who was excelent throughout the whole match.

In the 84th minute, the visitors could have killed off the game. Captain Lars Stindl combined with Alassane Pléa, who got the better of Zabitzer, but Sven Ulreich saved the shot.

In the end, Bayern were unable to get a second goal, consequently registering their third Bundesliga loss of the season.