Morocco beat Ghana 1-0 in the opening match of group C in the Africa Cup of Nations. Both teams were among the favourites to lift the title.

Angers midfielder Soufian Boufal sealed the victory for Morocco ten minutes before the final whistle. With the win Morocco provisionally top their group. In the opening minutes of the game, the Atlas Lions were the more active team. In the 7th minute, a Romain Saïss header went wide of the post. 5 minutes later Zakaria Aboukhlal tried a shot from distance which was comfortably saved by Joseph Wollacott. In the 32nd minute Arsenal’s Thomas Partey blasted a free kick over the bar. The biggest chance of the first half came in the 40th minute. Soufian Boufal crossed the ball to Romain Saïss , but the latter’s effort went just inches over the bar.  A good stint of possesion for Ghana followed, but nothing came out of it and they couldn’t threaten Yassine Bounou’s goal.

The second half was more lively with chances for both teams, but nothing that dangerous. Until the 72nd minute, when Bounou was called into action. Ghana’s best player on the day, Joseph Paintsil, fired a brilliant curling effort from 25 yards which required for Bounou to produce a magnificent fingertip save to tip the ball around the post. 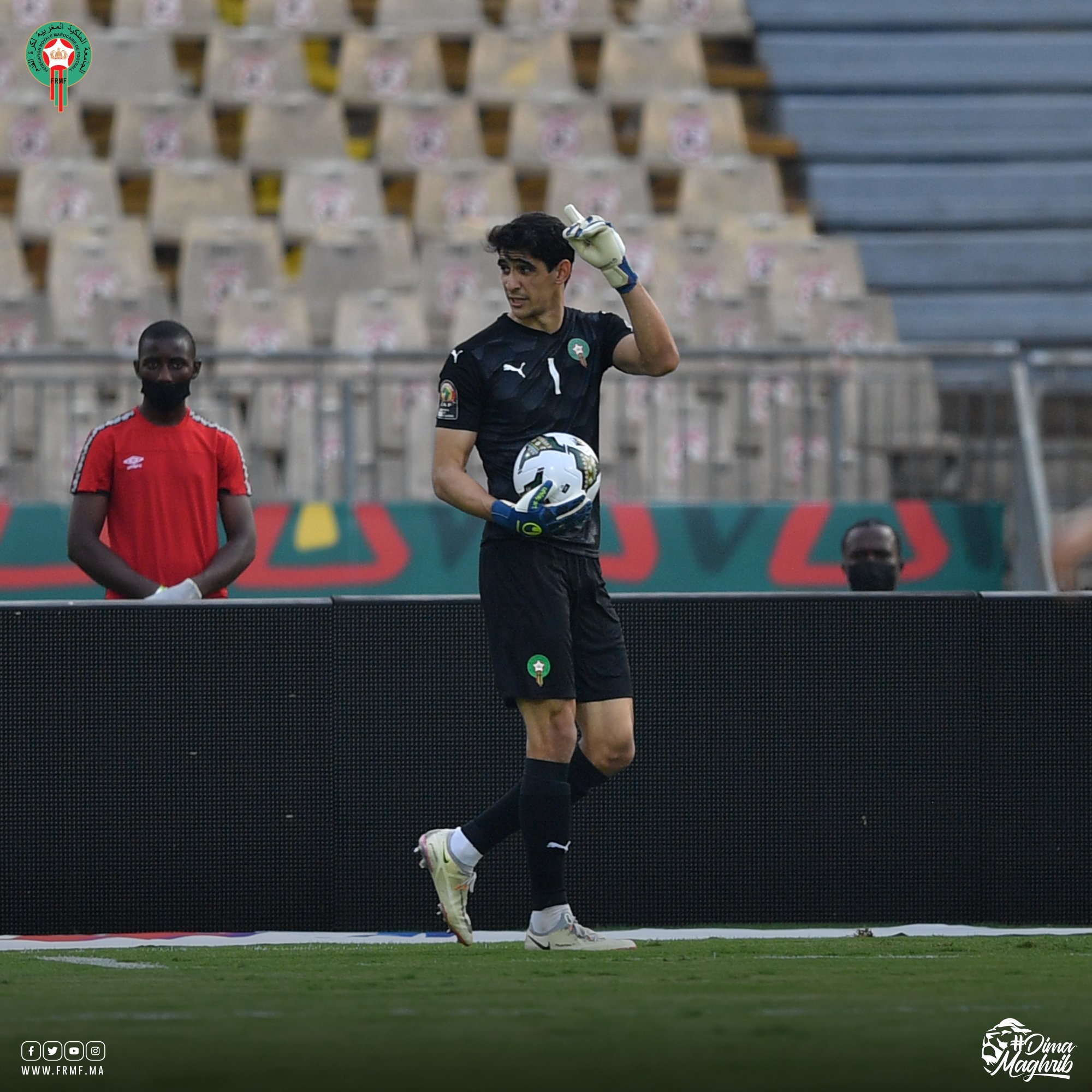 As the final whistle approached, Morocco picked up the pace and looked the more eager to get the three points. The pressure paid of in the 83rd minute when the ball ended up with Boufal who put it past goalkeeper Joseph Wollacott.

In the final minute of added time Wollacott made a spectacular save to deny Tarik Tissoudali’s point-blank effort.