Previously a consultant for World Bank, a research economist, and a strategist at Goldman Sachs, Moyo holds a bachelor’s degree in chemistry, an MBA from American University, and an MPA from the Harvard Kennedy School, and a doctorate in Economics from the University of Oxford.

I have loved sport all my life and I am hugely grateful for the opportunity to support basketball in Africa at an elite level. Basketball has a great capacity to be a positive force for communities across this amazing continent.” American producer, director, humanitarian and activist. Whitaker has been recognized for far too numerous awards in film. He has been inducted as a United Nations Educational, Scientific and Cultural Organisation (UNESCO) Goodwill Ambassador.

The game of basketball is incredibly inspirational, and my decade working in Africa has shown me how sports can be a transformative method of helping to foster peace, as well as an economic engine for socioeconomic development in areas of conflict.  I deeply believe in the league’s commitment to youth empowerment and am so excited to work alongside the NBA Africa family.” says Whitaker 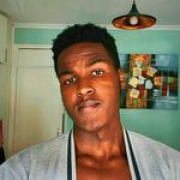